SENSORY NOTES - As a “New” or“Young” cheese, Khustai Goudaresembles its Dutch counterpart but issomewhat more piquant. As it ages, itchanges dramatically. Made in 5kilogram wheels that are typically left todevelop a white mold in the dry cold ofthe Khangai, Khustai Gouda reachesits prime at about 8 months, taking oncharacteristics all its own, becomingdistinctively nutty, salty andreminiscent of its terroir..

PAIRING AND SERVICE - Khustai Gouda is an ideal cheeseboard cheese – pale in color,unmistakable in taste. It calls attentionto itself at the first nibble yet does notoverwhelm. As a “New” or “Young”cheese, Khustai Gouda is also a goodsandwich cheese – by itself in a hardbread roll or with good sausage andmustard. As it ages, Khustai Gouda isbetter on its own with an apple or a fig,with apricots or walnuts, or, in winter,with a slab of cold, unsalted horsemeat. As it ages, Khustai Gouda alsois excellent crumbled into a salad or as a pizza topping, or melted over meat orvegetables. As a “New” or “Young” cheese, KhustaiGouda pairs well with a full-bodied Chardonnay. It is always good with redwines, Pinot Noir early on, Zinfandel,Malbec or similar as it ages. As adessert cheese, it goes well with ruby Port or even a pint of porter or a bowl of the Mongolian nomad’s arkhi. 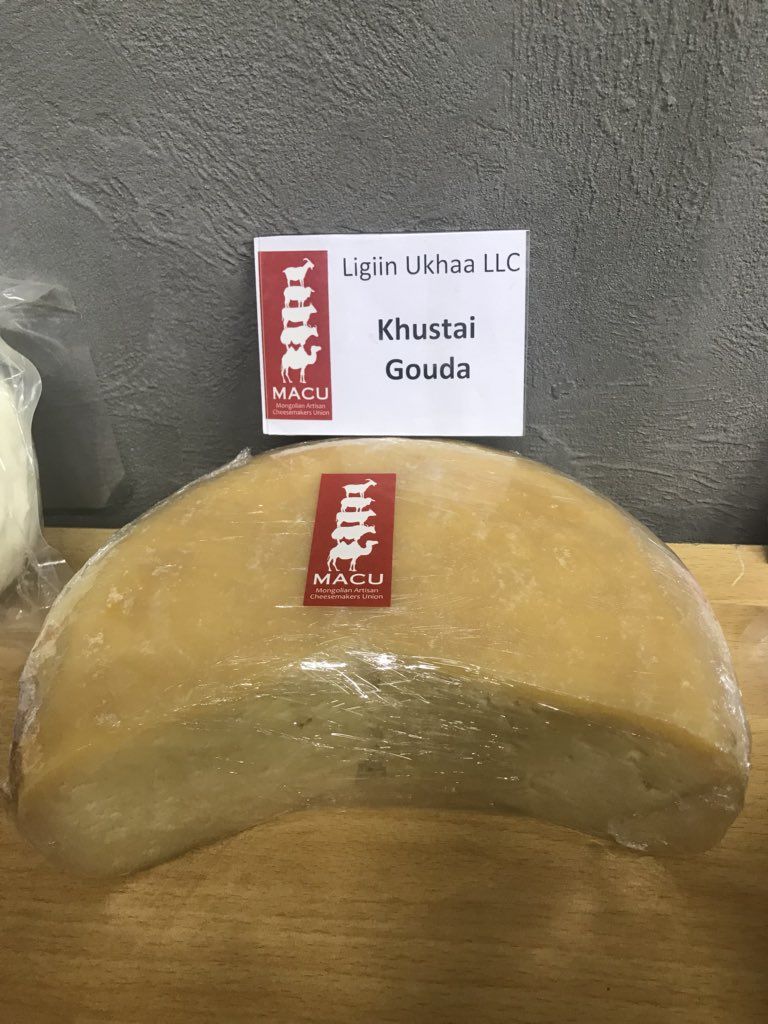 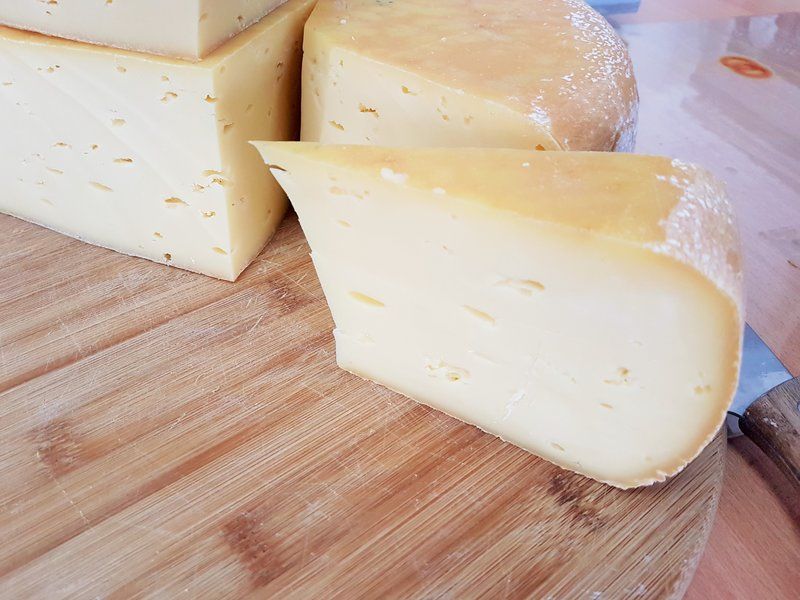 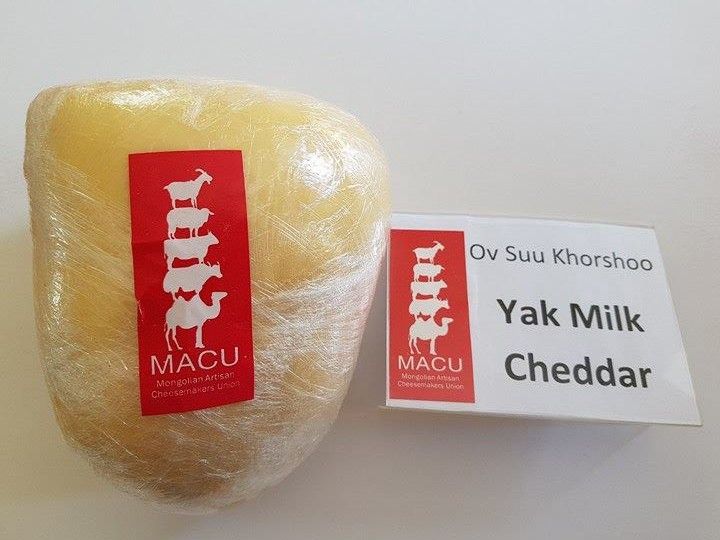 UYANGA YAK CHEDDAR is the world’s first yak cheddar. It was made experimentally in August 2015 by Ov Suu Cooperative in Uyanga Village, Övörkhangai Aimag, with the help of MACU’s Swiss cheesemaster Carlos Marbach. On the Ulaanbaatar market sinceAuguat 2016 only, it has become the best-selling of MACU’s summer cheeses.

SENSORY NOTES - Do not expect an English cow-milk cheddar. Still young, Uyanga Yak Cheddar is soft, buttery and with its own distinct taste. A bit of sharpness and aharder constency come with ageing, but this cheese will always be true to its origins, which are in the center of Mongolia’s yak herding region. Uyanga Yak Cheddar is a truly Mongolian cheese.

PAIRING AND SERVICE - An intensely fruity Cabernet Sauvignons but similarly can work well with an Uyanga Yak Cheddar. Watch the tannins though. Often a bottle with a two or three years bottle age will work better than a young one. Almost any combination of apple and cheddar is a winner so a cider will works very well with this cheddar.

KING BRIE is  an exclusive creation of White Mountain, MACU's sister company. Produced in the western district of Ulaanbaatar, at the foot of  the Songino mountain, it is a state of the art creation of our cheesemakers, a perfect mix of traditional French Brie with the unique taste of  Mongolian free-range cow's milk.

SENSORY NOTES - The “Queen of Cheeses,” brie belongs to the Brie region southeast of Paris, where it has been made for hundreds of years for kings, queens and aristocrats. White Mountain makes its own version of this this delicate cow-milk cream paste cheese

PAIRING AND SERVICE -  Brie is a cheese plate standard. It is also an excellent breakfast partner or rucksack companion. It tastes great wedged into a hard sourdough baguette or grilled lightly with bacon and mushroom in a black bread sandwich; or, as dessert, with fruit, fresh or dried, nuts, jam, honey or chocolate. Brie goes well with Chardonnay, with Pinot Noir or with a fruity but dry rosé, with federweisen or a dry Champagne. 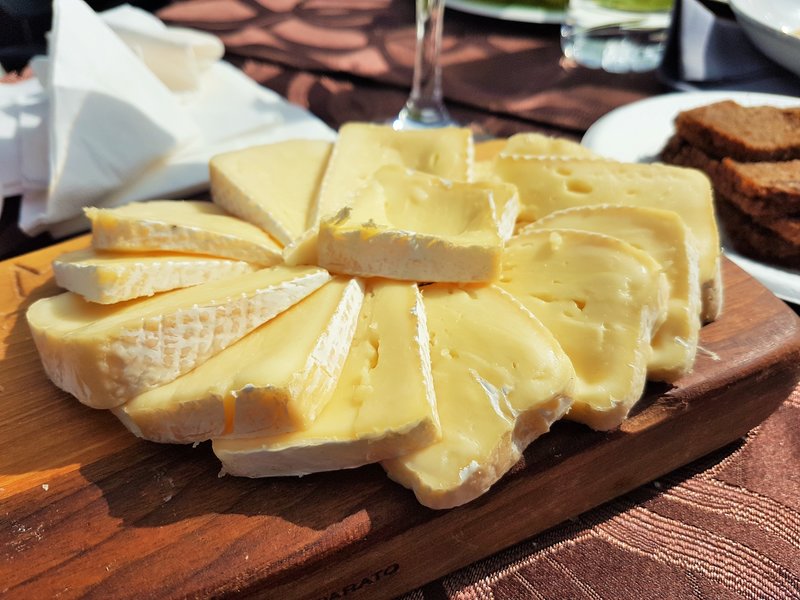 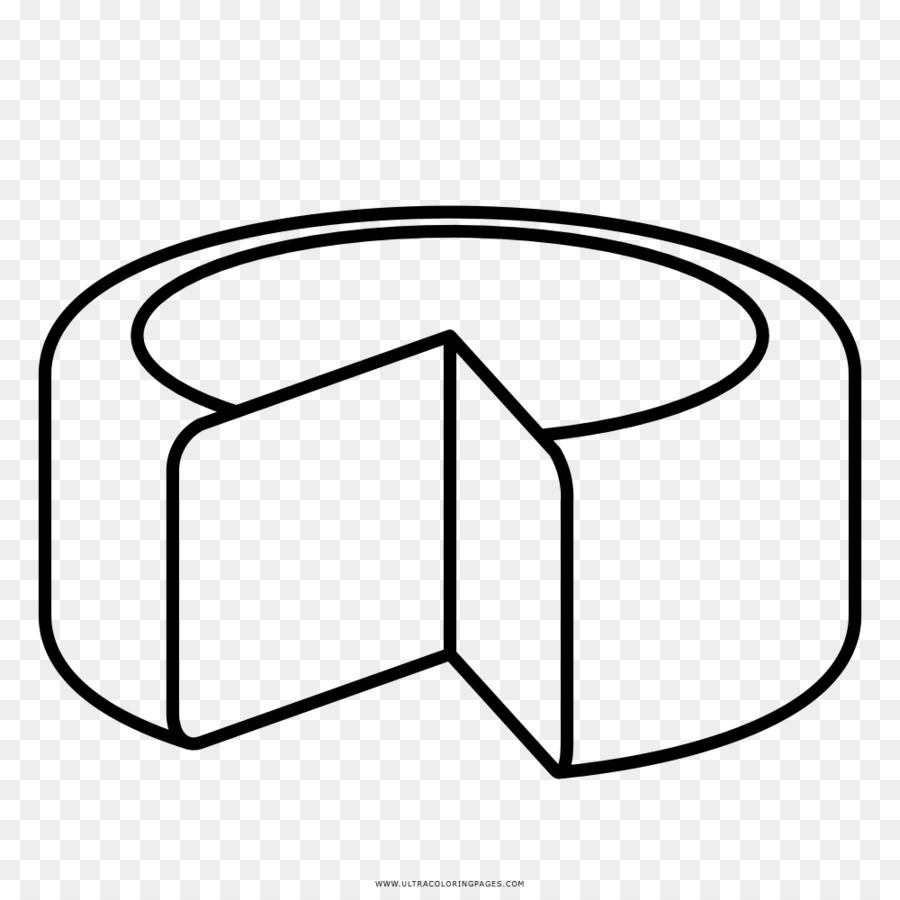 TSAGAAN UUL FETA  is  an exclusive creation of White Mountain, MACU's sister company. Produced in the western district of Ulaanbaatar, at the foot of  the Songino mountain, it is a state of the art creation of our cheesemakers, a perfect mix of traditional Feta with the unique taste of  Mongolian free-range cow's milk.

PAIRING AND SERVICE -  Feta is best known as a key ingredient of “Greek salad.” It is otherwise a good antipasto and table cheese with olive oil, in spinach casseroles, etc. With salads and other vegetable dishes, pair White Mountain feta with more rounded wines and rosés. When combined with meat try a light-bodied red, for example, a Labrusco

TSAGAAN UUL MOZZARELLA  is  an exclusive creation of White Mountain, MACU's sister company. Produced in the western district of Ulaanbaatar, at the foot of  the Songino mountain, it is a state of the art creation of our cheesemakers, a perfect mix of traditional Mozzarella with the unique taste of  Mongolian free-range cow's milk.

SENSORY NOTES - Mozzarella is a stretched, kneaded and steeped fresh white-to-yellow cheese originally made from the milk of Italian water buffalo White Mountain mozzarella is made from cow milk and always at its freshest

PAIRING AND SERVICE -  Mozzarella is best known as a key ingredient in caprese salad, brushcetta and high-quality pizza toppings. Fresh mozzarella is generally made moist and eaten within a day or two. In a caprese or brushetta, White Mountain mozzarella goes well with crisp white wines like Pinot Grigio; in pizza, with tart, lighter reds like Laraneta Sangiovese. 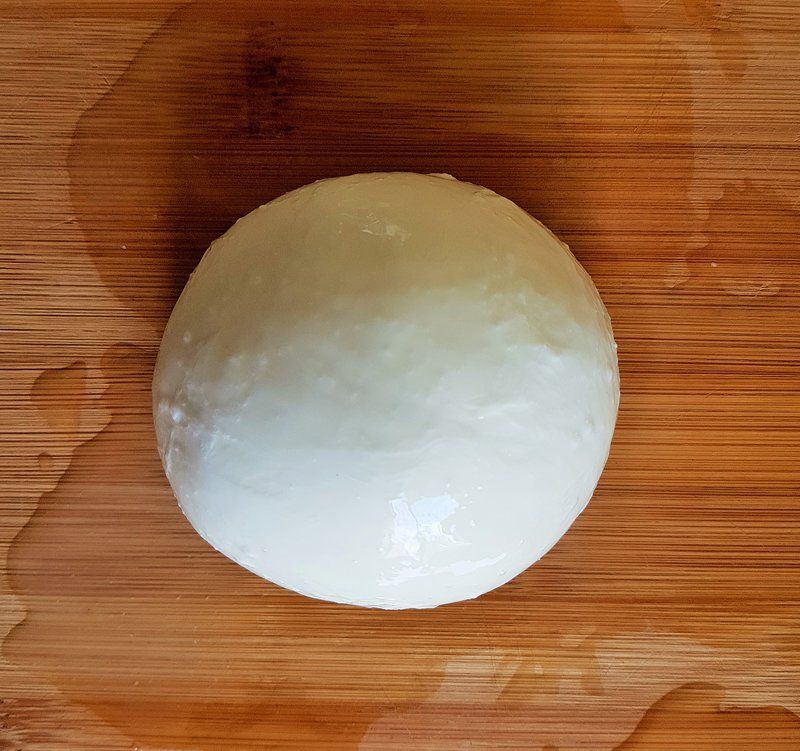 TSAGAAN UUL COTTAGE CHEESE  is  an exclusive creation of White Mountain, MACU's sister company. Produced in the western district of Ulaanbaatar, at the foot of  the Songino mountain, it is a state of the art creation of our cheesemakers, a perfect mix of traditional American Cottage Cheese with the unique taste of  Mongolian free-range cow's milk.

SENSORY NOTES - Cottage cheese is an American fresh white cheese made from curdling cow milk. Some varieties are made with rennet. White Mountain Cottage Cheese is drained but not pressed, mild and medium-grained. No rennet is used.

PAIRING AND SERVICE -  Cottage cheese is a breakfast, salad and dessert cheese that is often eat en with fruit or vegetables. It goes well with ripe pears and various other fruit in side dishes or on canapes. it can also be used as the base for dips. Cottage cheese goes well with dry white wines, sparkling wines and rosés, and when used in heavier or spicier food combinations with light-bodied reds, for example a Beaujolais.

GOBI CAPRINO  is  an exclusive creation of White Mountain, MACU's sister company. Produced in the western district of Ulaanbaatar, at the foot of  the Songino mountain. It was made for the first time in August 2016 by White Mountain cheesemakers and visiting Austrian cheesemaster Erwin Hellweger.

SENSORY NOTES - This cheese isbased on a recipe for sheep-milk pecorino but uses the milk of free-ranged Mongol Alatau cows. Crushed black pepperis massaged into the rind during ripening similar to a traditional pecorino pepato. Eaten while still young and soft, WhiteMountain Tsagaanhar is a delicious cheese that already has found its place on cheese plates and in buffets atUlaanbaatar’s best wine bars and restaurants..

PAIRING AND SERVICE - Gobi Caprino pairs elegantly with a Sangiovese Chianti. The slight saltiness of the cheese draws out the explosive fruit flavors of strawberry, plum, and blueberry in this highly acidic wine. A Tempranillo is  a bold, dark fruit wine with lively red fruits and a noted dryness that draws out the savory saltiness in Gobi Caprino cheese for a rich pairing perfect for cozy evenings. Zinfandel are peppery wines that drink well when coupled with the balsamic vinegar and juniper berry flavors of the Gobi Caprino. 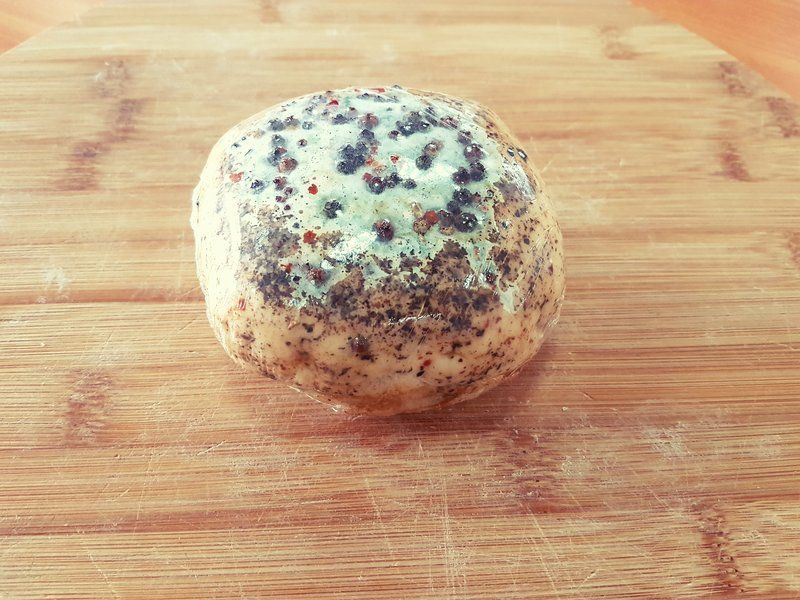 TSAGAAN UUL CAMEMBERT  is  an exclusive creation of White Mountain, MACU's sister company. Produced in the western district of Ulaanbaatar, at the foot of  the Songino mountain, it is a state of the art creation of our cheesemakers, a perfect mix of traditional French Camembert with the unique taste of  Mongolian free-range cow's milk.

SENSORY NOTES - Camembert is originally from Normandy. It is another of France’s most famous mold-rind soft cheeses albeit a more pungent taste and humbler origins than brie. It still features in French military field rations. White Mountain’s Khaan is made in this tradition, in rounds that are smaller in diameter but thicker than brie and with an emphasis on earthiness..

PAIRING AND SERVICE -  Camembert can be eaten much like brie, but its earthy taste lends itself to more experimentation – mixed into a salad of greens and pear, for example; or melted onto a baked potato or round steak, or as an essential ingredient of a brocolli casserole or decadent cheeseburger. Camembert goes well with distinctive dry white wines like a musky Chenin Blanc, or with a fruity red like a Merlot. It is also complimented by a sparkling cider, Calvados or Champagne. When eaten cooked with potatoes or in a casserole, it’s also pairs well with a more robust Cabernet Savignon, or, after a meal, with a sweet sherry.

TSAGAAN UUL REBLOCHON  is  an exclusive creation of White Mountain, MACU's sister company. Produced in the western district of Ulaanbaatar, at the foot of  the Songino mountain, it is a state of the art creation of our cheesemakers, a perfect mix of traditional French Reblochon with the unique taste of  Mongolian free-range cow's milk.

SENSORY NOTES - Reblochon is an ancient mold-rind soft cheese from the Pre-Alps of eastern France. It is less well known than brie or camembert but preferred by many. Sweeter than brie and less earthy than camembert, reblochon brings to the table its own slightly nutty taste. The rind has a beige to reddish cast. White Mountain’s reblochon is made in rounds that are in between brie and camembert in thickness and diameter.

PAIRING AND SERVICE -  Reblochon is eaten much like brie or camembert. It is an excellent cheeseboard addition or on a cracker with smoked trout, or as a dessert cheese – especially with blackberry jam. Like brie or camembert, reblochon can be be melted or baked. It is perhaps most famous as an essential ingredient of Tartiflette, an Alpine casserole dish made of potatoes, pork fat or bacon and reblochon, the aprés-ski meal of choice for many who ski in the Alps. Reblochon goes well with the fruity white wines of the Savoie and and with Chardonnay. It also pairs with fruity but not sweet red wines like good Pinot Noir or with dry sherry. Like camembert, reblochon accompanies sparkling cider. In its region, its also taken with vermouth or pear or apple schnapps.